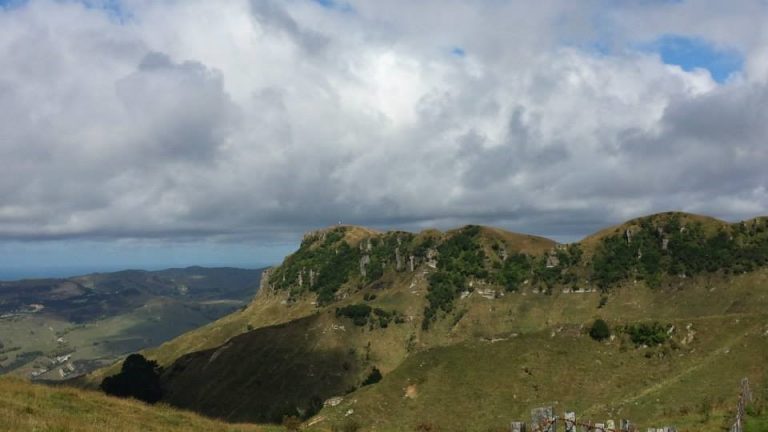 There he stood, over 2000 feet above sea level, a commanding figure, a prize to behold, our Whakaruruhau, our mountain refuge.

The pride of all those living in their kanga and villages of Nuhaka proper.

When the alert sounded, all packed up and moved en masse to their mountain refuge, there to enjoy the safety, protection and security of their mountain home.

Known far and wide, a prize for would-be captors, strategically chosen and organised to accommodate the entire population of Rakaipaaka, indefinitely.

20 acres of Maara, a gushing fountain of water, buildings of every kind to house, protect and accommodate all functions, ceremonies and practices with Ana Tapu for special passages and uses.

Surely a prize for would-be conquerors, a dream to marauders and raiders.

That was all it amounted to, a dream, “He moe moe a” so our Kaumaatua say, however, they came from far and wide, near and distant, Tuhoe power, the might of Ngapuhi, with musket and sabre.  Yes, they came, they tried all strategies of warfare and then, they left shaking their heads in unbelief, not a feather disturbed, not one unhallowed hand or foot ever got within half of the one and only pathway entrance to that great eminence.

Not one of the hopefuls, enemy or would be conquerors claimed the right to that great prize Moumoukai Mountain home.

Our greatest enemy and taker of our beloved mount was our best friend, the Crown.  With the flourish of the pen, the Crown who covenanted and promised to protect our right and our lands, took it, they wanted it and whatever the Crown wanted, they took, the pen indeed was mightier than the sword.

And so included Moumoukai into the 10,000 acres 3,300-pound sale Moumoukai was not part of the original Nuhaka Block.

Rakaipaaka would never sell their heritage, their existence, their all, NEVER EVER.

Moumoukai stands approximately 611 meters above sea level, it was virtually impregnable with steep cliffs on all sides, with its natural defences, and it was the perfect refuge for the iwi. There were over 20 acres of good cultivatable ground on top of the maunga and a spring that never runs dry, with these assets, when the iwi needed to seek refuge,      Moumoukai could sustain the people indefinitely.

Moumoukai was never conquered or taken in battle; it was taken through the actions of the Crown in its hunger for Maori land.

Upon the completion of this deal, the NZ Gazette 1865 page 161 extinguished Native Title over 10,000 acres.

In the negotiations Rakaipaaka had with the Crown, they never agreed to sell what the Crown claimed they sold. In statements from Crown agents Grindell and Locke they both described the land boundaries, to the south of Moumoukai then across to the northeast to the Mahia direction and then back to the coast.

The NZ Gazette Notice 1865 page 161 which extinguished 10,000 acres from the native title was not disputed. In the NZ Gazette 1875 page 359; 10 years later, a further area of over 28,000 acres was extinguished from Native title, at the time the figure was given incorrectly as much more than this.

The Crown claims all this land was in the original sale of the Nūhaka block, which was sold to the Crown by the Native  Chief, Ihaka Whaanga, Paora Te Apatu, Hamuera Whaanga and 93 other members of the tribe for a total amount of 3,300 pounds in 1865 and 1866 respectively.

Moumoukai is located within the boundaries of Section 5 Block II Nūhaka North Survey District, which was supposedly included in the original sale.

Rakaipaaka has always claimed they did not agree to sell any additional land, only the front portion of their lands, which was nowhere in the amount the Crown claimed was sold.

Through the actions of the Crown, Rakaipaaka were dispossessed of their sacred maunga Moumoukai and Māehe, these maunga are the essence of identifying themselves as Rakaipaaka. 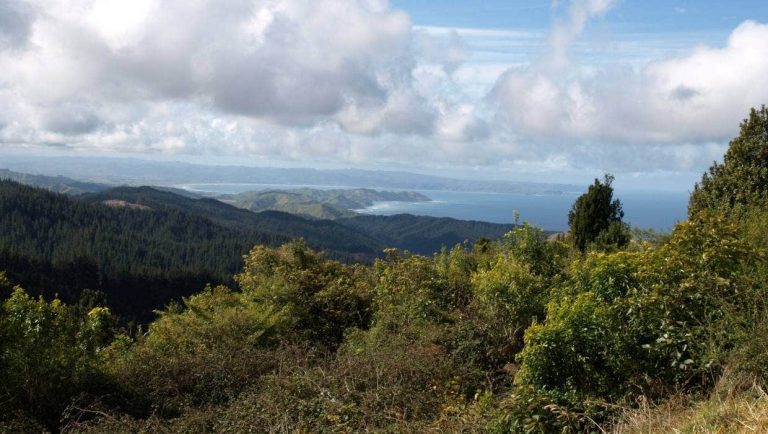 Wide interest has been manifested with the growth and developments of the forest, not to say added to by cross-claimants.

25 blocks, part or all are contained.  Research evidences alienation of Blocks from Māori.

20th Century, 14 Block were alienated under the Alienation Act.